– The Elasto will hit the market like a bomb ……
– the greatest innovation for years in the field of performance-related model designs ….
– this is the perfect technique and interpretation, that we have always dreamed of .. ..
– the thing flies everything in the ground … ..
– the performance is the madness ….
– A dream ….
– just crazy! ….

…… what we haven`t heard during the development and testing of our Elasto!

We hereby expressly dissociate ourselves from such statements which are not sufficiently serious, because they are exuberant and sensitive.

Because we also know that in terms of performance increases in high-end glidermodels the “air up” is very thin!
Up to now, all models have, most at 20 percent of the profiles, movable flaps to produce a rudder effect (aileron) or a change in the profile properties (flaps).
The fact that such a “profile change” works well, has been proven by the past practically since the beginnings of aviation and modern high-performance profiles have been completed.
Not only we as manufacturer were able to achieve more than impressive model performance with this system.
However, these profile developments has pushed the boundaries of a further increase in performance in recent decades; the great performance leaps of the 1970s and 80s are long gone in model sailing. Today, the progress is much more detailed or, if you will, in the area of ​​one or two badly flown curves …

Because evolution always produces the optimum, nature went a different way; all airborne animal species get over here wings significantly more homogeneous which means not just at the end of the profile with a clearly defined “folding edge”.
And that is exactly why we have worked very hard and consistently on a completely different basic concept of the wings for the past 5 years: our Elasto principle, which has been patented in the meantime!

To anticipate it, if we have known at the beginning how stony this road is, we would probably have left it and perhaps even sold another color of the canopy with a new model name as a novelty … ..
All the more proud we are now following the patent distribution and serial maturity of this technology.
Because our Elasto is not a novelty just for novelty, this Jaro Müller model represents  as so often, an innovation on the model market, perhaps even the innovation of the last decades!
Despite the usual breaking and torsion strength, the Elasto wing can not only curl the profile homogeneously without a defined folding edge from approx. 50% of the profile depth; the control around the longitudinal axis (aileron) is also achieved by rotating the rear profile area!
And in order to keep all the aerodynamic disadvantages of the previous “flap control” as far as possible, we have opted for the installation of 4 servos per half wing after a long period of testing. Because this solution makes it possible uncompromisingly to eliminate the edge vortex resistors as well, for example, when the aileron is deflected to the flaps (or the fixed profile part).
In the case of a aileron-control, therefore 3 of the 4 servos are running; only the inner flap servo then pauses. Thus, we can also homogeneously transform the profile for control around the longitudinal axis (aileron function)! In thermal flying under weak conditions, we can only circling with the outer aileron servo and the necessary lift remains over almost the complete wing!

At the forefront at all times was our firm determination to make this development mature only to the end for an everyday use, if it really brings an advantage!
First attempts with test models showed the correctness of the way and encouraged us to think about the matter by the end.
So are all remaining details at the Elasto Jaro Müller-like; we had time … (or in connection with the new wing design so insane many basic problems to solve, that one wanted to do something else …)

With the euphoria of our zero-series test flights in the back, but not without a doubt, we did a pre-production model of the Elasto with three high-ranking international F5J competitions, the Dubnica Slovakia (Intertour FAI F5J and Contest Eurotour F5J competition 2017, Visegrad CUP F5J 2017 Trnava-Boleráz, Slovakia (WC, INT) and WCH F5J 2017 Trnava-Boleráz, Slovakia for the first time to the public.

WOW!
Not only we were enthusiastic……
Now we know that we are finished with our novelty ….

The Elasto shows you first of all as a high-quality, pleasing-looking and as for everyday use, robust, high-end glider model with full carbon wings, which is only on second glance through “missing” rudders (and thus also missing / disturbing controlhorns) previously unaccustomed homogeneous profile surface.

The weight under 1600 grams is at the low level that modern high-end F3J / F5J models in robust, everyday use allround design can have today.
Simultaneously, the Elasto shines with a pressure- and unbreakable wing, whose bending and torsional stiffness certainly sets a benchmark in this weight class.
At the same time, the sinking rates in zero lift conditions even demand lighter, significantly more filigree models! …..And there, the distance performance with low wing loading was the first we recognized at the Elasto!
At first we brought the Elasto in the F3J/F5J-version to series production.
After all these intensive years of development, we now have the new technology under control so that it will certainly serve as the basis for further models in the future!
Let yourself be surprised!
In contrast to a conventional profile design with defined flaps, the Elasto concept seems to have aerodynamically untapped potential even for other model classes!
Of course, the Elasto concept does not turn flight physics upside down! But it seems to open up possibilities to come a little closer to the theoretically imaginable.
Anything we know so far compensates us anyway for all the years of effort and financial expenses. And we can be proud of that, right?

Now are our customer; ask the Elasto!
We think that you too will be enthusiastic!

We certainly look forward to your experiences; also or just when they are half-way out, as we have heard it during the flight test in the evaluation of “insiders” already! 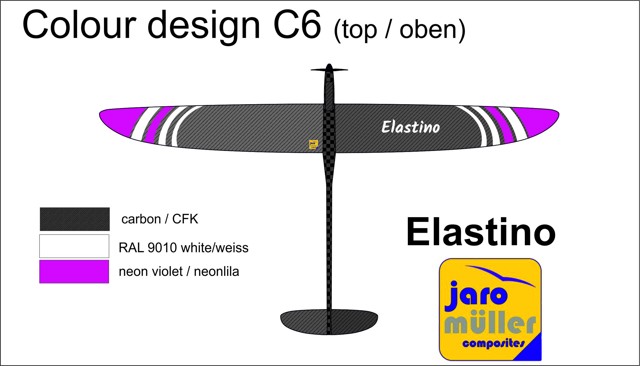 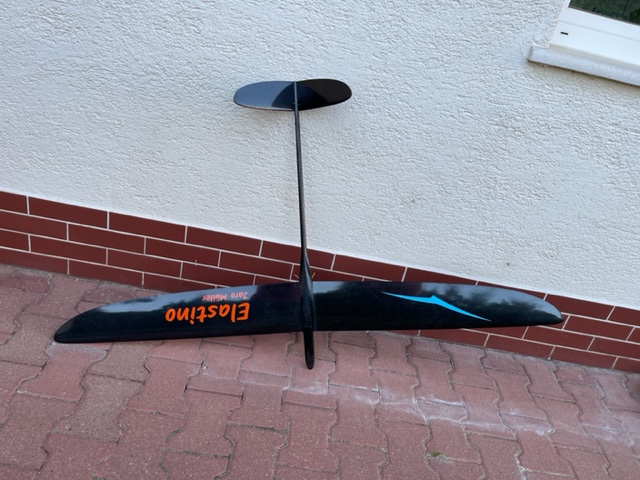 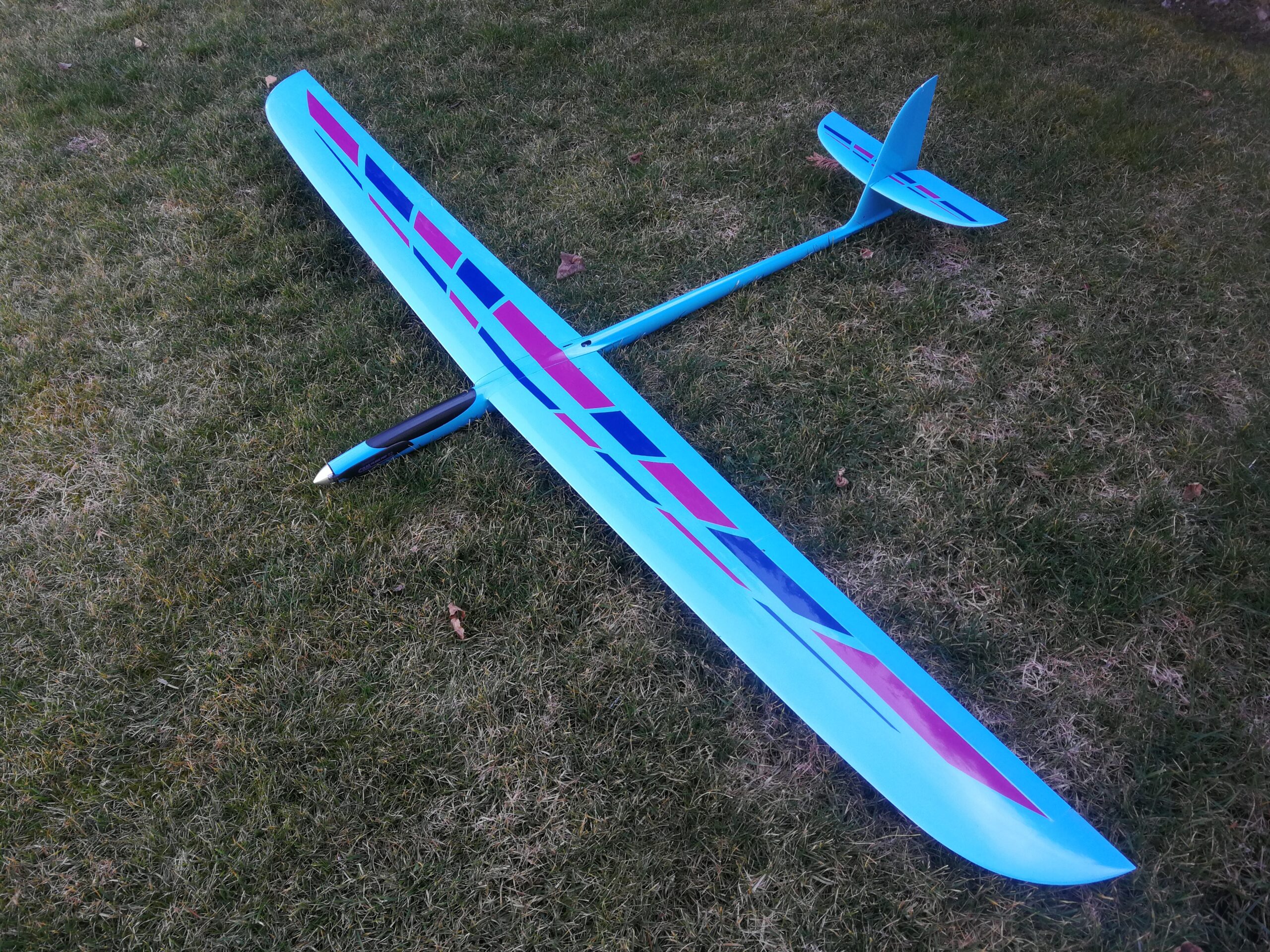 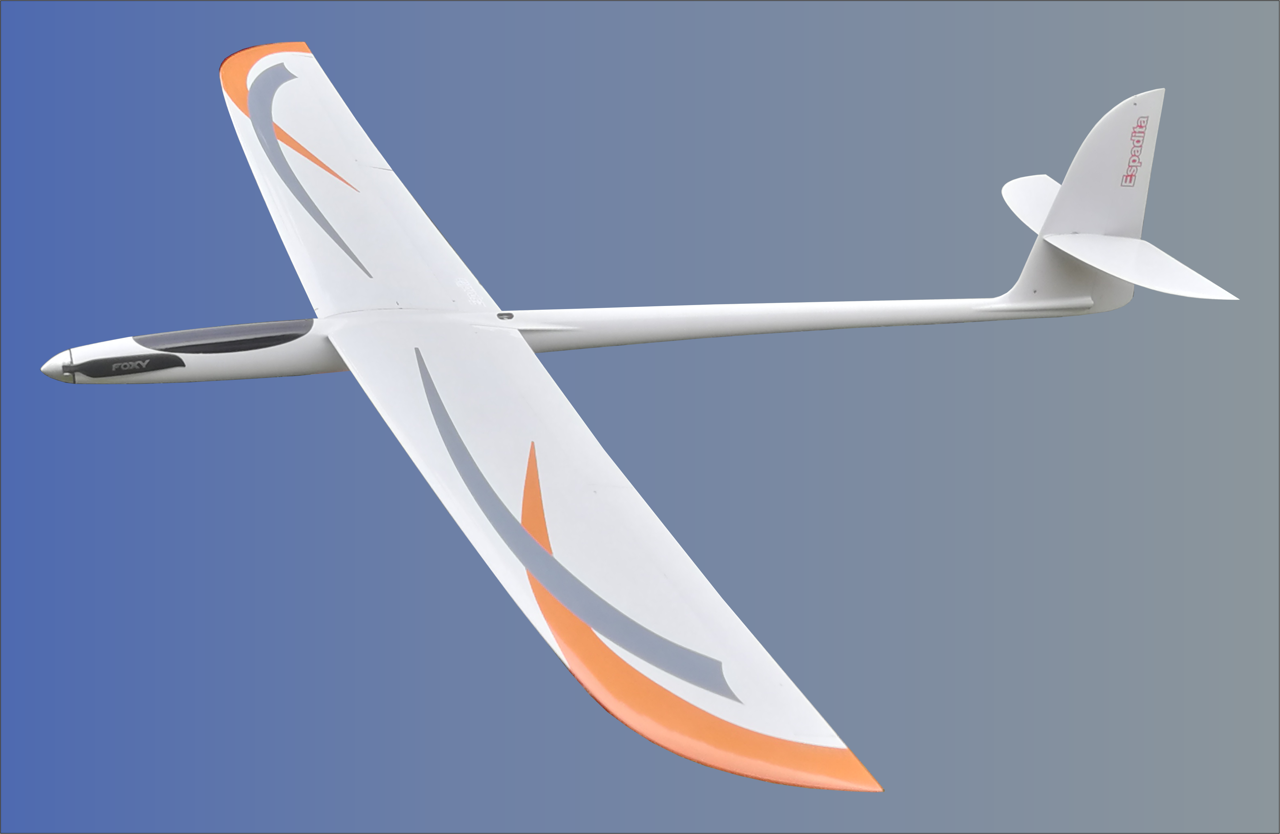 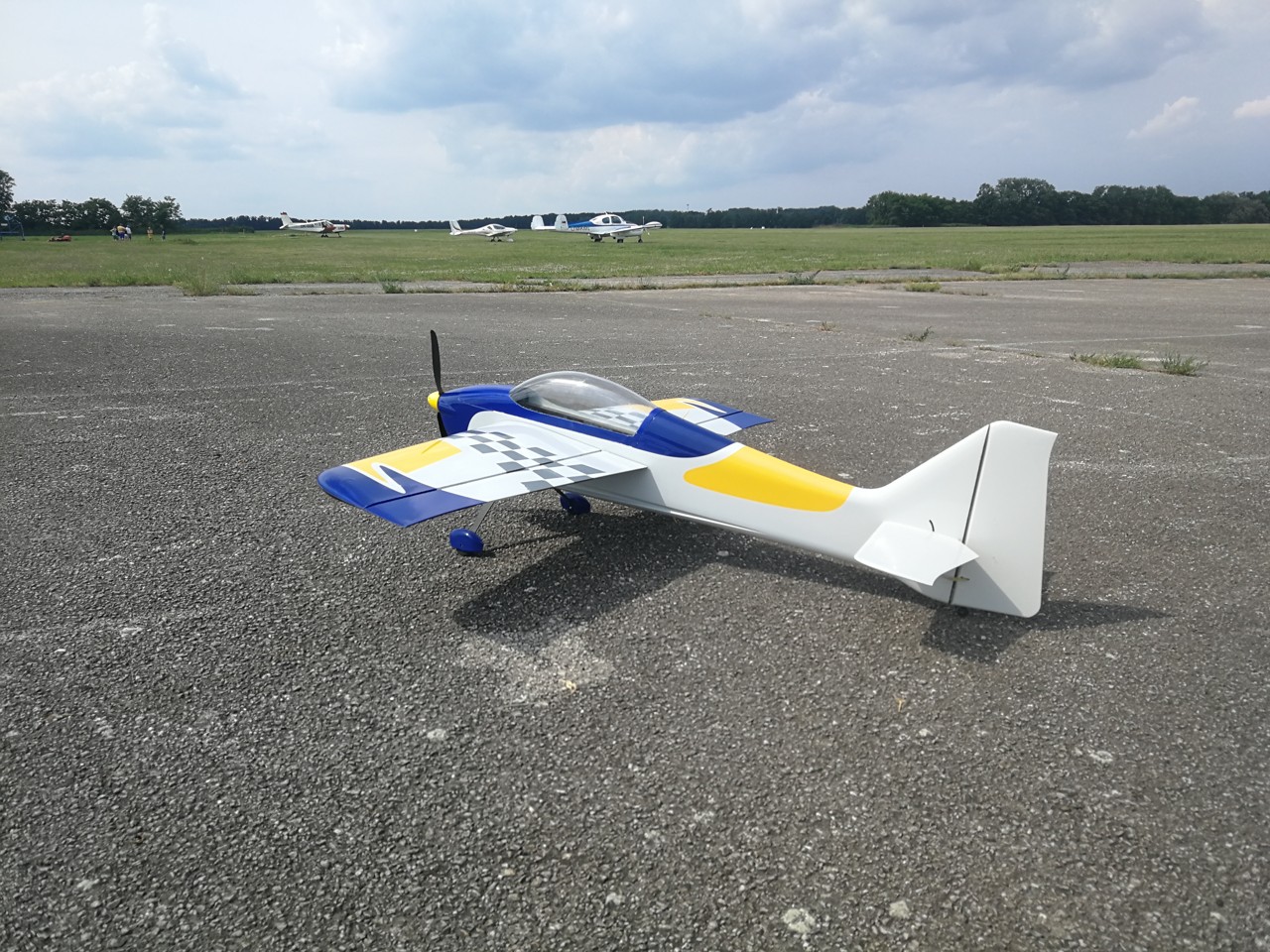 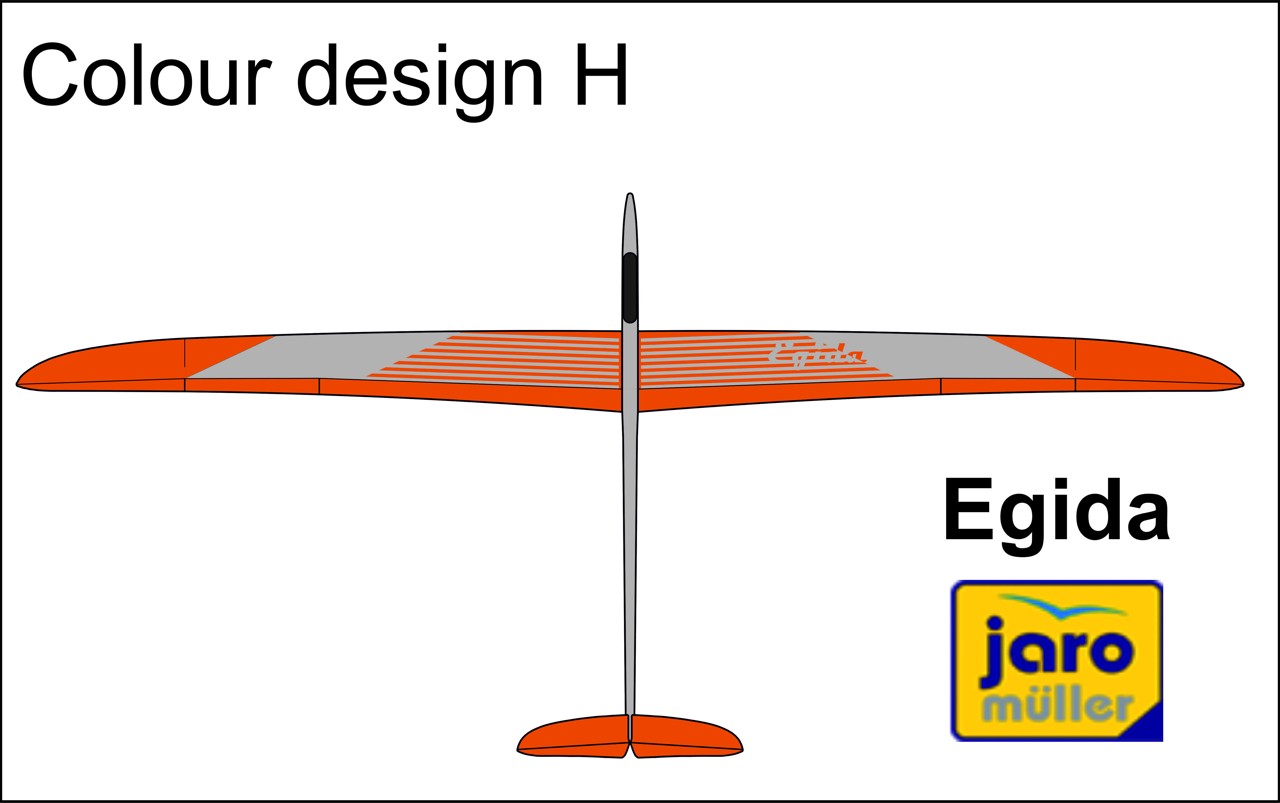 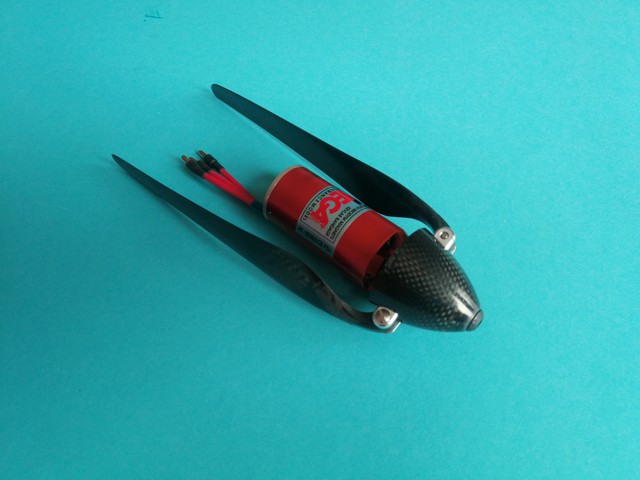 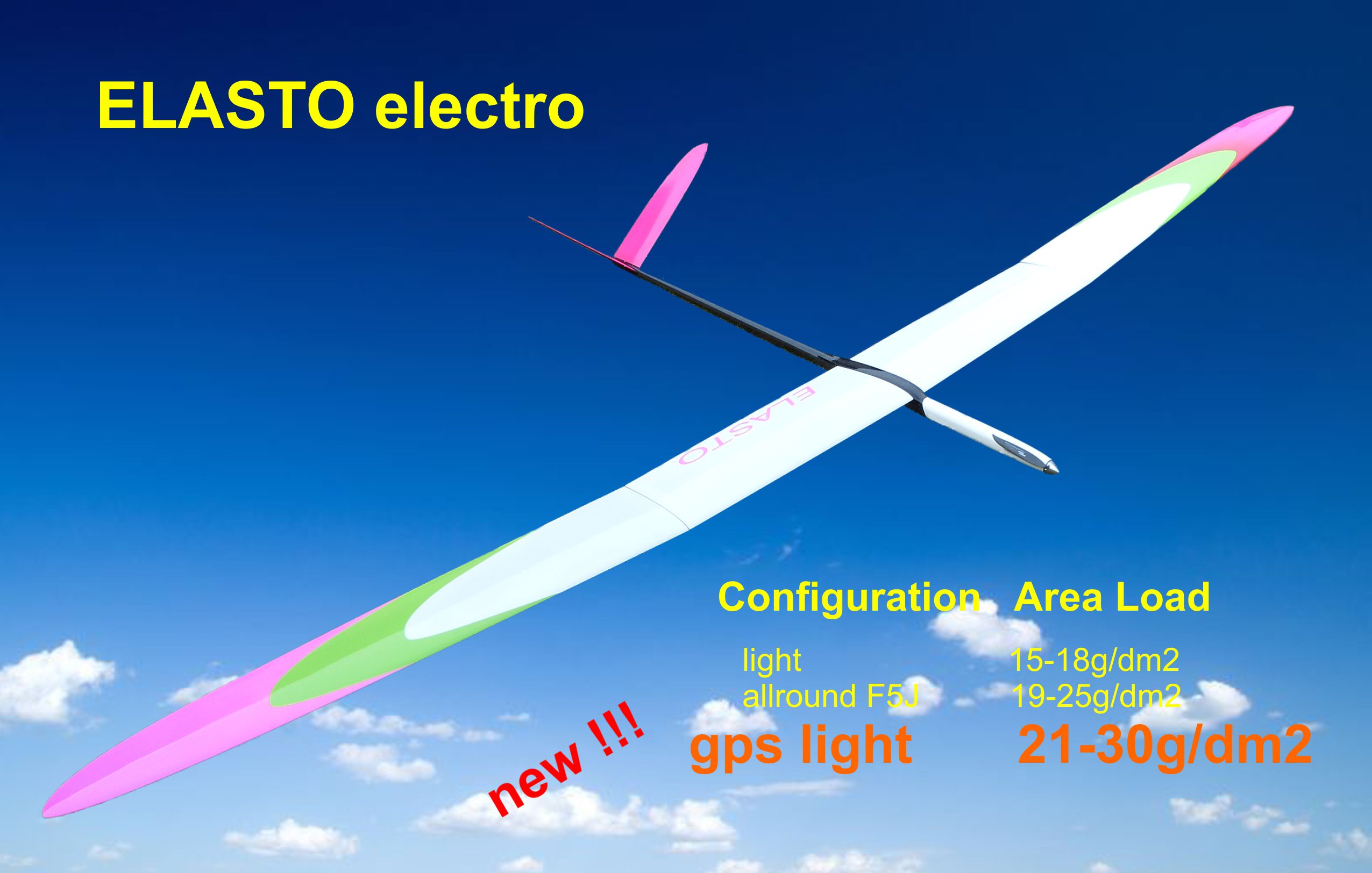 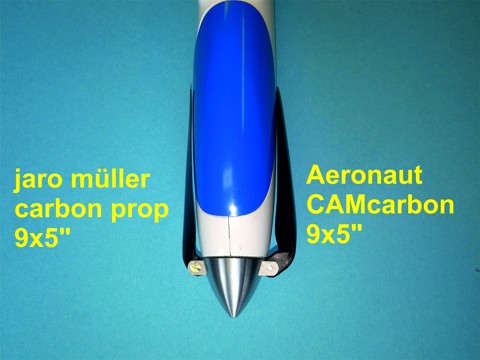